Under the guidance of Mike McCarthy and Applied Rescue Technique LLC, a Sandy Hook based technical rescue training company, participants worked through three stations, with one station offering two skills.

The group began in the parking lot, however, paired off and throwing rope bags between themselves. After donning ice rescue suits, participants again threw rope bags to each other, quickly learning the limitations of movement when those suits are being worn.

Participants were then broken into three teams, and headed to the ice.

At the end of the morning, 10 SHVFR firefighters received certification for Ice Water Rescue. These firefighters had attended two evenings of classroom training prior to Sunday morning’s practical. Firefighter unable to attend both classroom sessions, but who were able to participate in the practical, did receive credit for Sunday’s training. 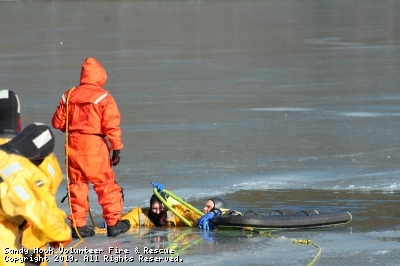 Sean Donnelly reaches to get a rope loop over the head of Michael Morrison, who was playing the victim in this scenario, at the Reach & Rescue station. Three openings were cut into 4" thick ice on Lake Lillinonah for the training.
Click picture to view larger version. 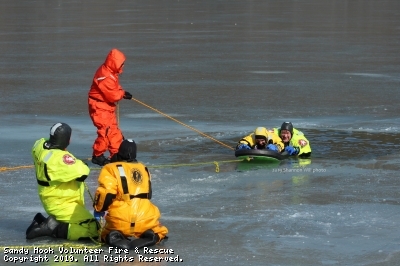 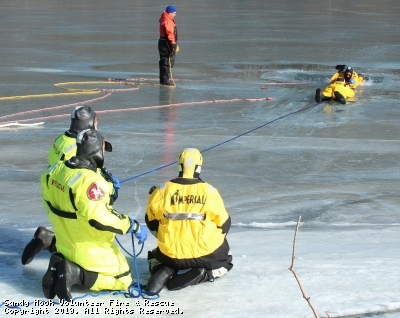 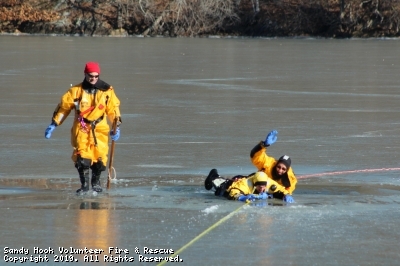 Archie Paloian gives the Stop signal after he and Stephen Clark were pulled over the ice shelf and out of the water at the Reach & Rescue station. ART Instructor Ray Corbo is on the left.
Click picture to view larger version. 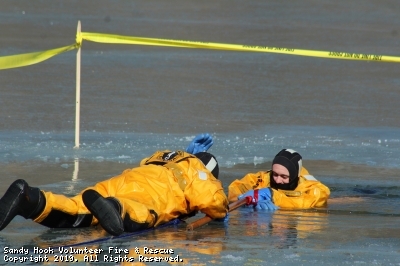 Michael Morrison, on the left, gives the Go signal after tethering to Andrew Ryan, in the water, at the Reach & Rescue station late Sunday morning. 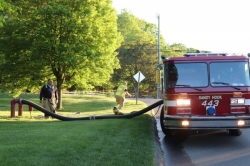 Nearly two dozen Sandy Hook firefighters assembled for training Sunday morning, going over basics of SCBA use.FTI Instructor Terry Mincy started the morning by doing an overview of the equipment in the meeting room of the main station.Firefighters and Mincy then headed outdoors, where they spent time doffing and donning sets of SCBA. Members additionally worked on connecting sets of SCBA through the Buddy System and using UACs, the latter option using the company's RIT pack.

Sandy Hook firefighters spent the morning of April 11 working on pump operations and tanker shuttle set-up, use and breakdown. They were assisted by members of the town's four additional companies, who assisted at dump sites and with their tankers. Sandy Hook members first gathered in their meeting room to start the morning, with a presentation by Matt Dobson and Karl Sieling Jr that outlined the morning's plan.The rear parking lot of Sandy Hook's main station served as the dump... 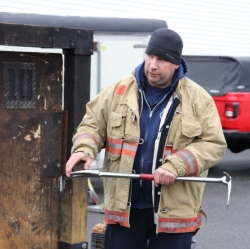 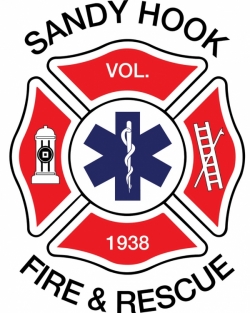 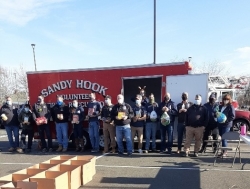 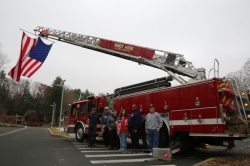 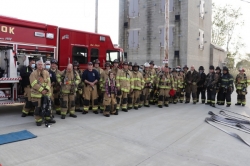 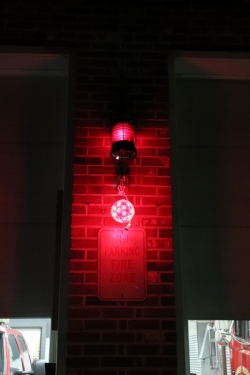 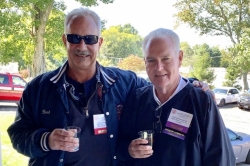 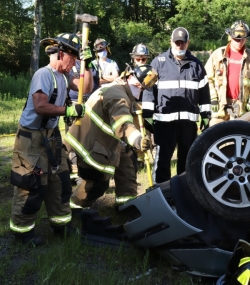 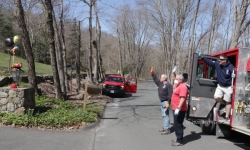 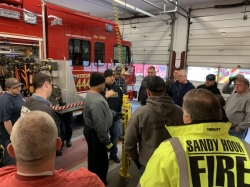 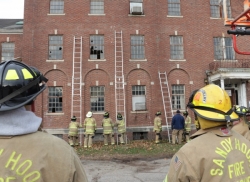 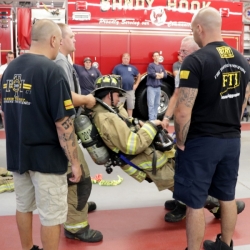 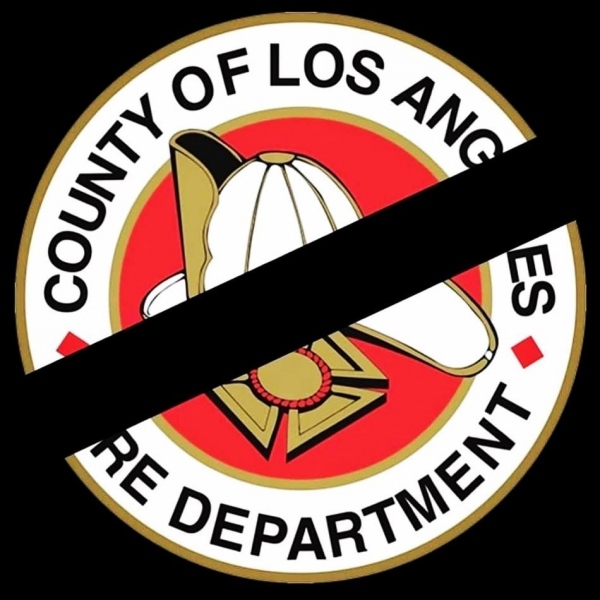 June 1, 2021: Agua Dulce/LA County Fire Station 81 Fire Specialist Tory Carlon, 44, after being shot while on duty in his station.

The Fireman's Prayer
A Fireman's Prayer
When I am called to duty, God
Wherever flames may rage,
Give me strength to save some life
Whatever be its age.
Help me embrace a little child
Before it is too late
Or save an older person from
The horror of that fate.
Enable me to be alert and hear the weakest shout
And quickly and efficiently
To put the fire out.
I want to fill my calling and
To give the best in me,
To guard my every neighbor and
Protect his property.
And if according to my fate
I am to lose my life,
Please bless with your protecting hand
My children and my wife.
Facebook Timeline
Upcoming Events
Every Monday
6:00pm
Work Session
Mon. Jun 28th 2021
7:00pm
Training: SCBA Scenario
Every 1st Monday
7:30pm
Company Meeting
Every 1st Tuesday
6:45pm - 7:45pm
SHOP Meeting
Picture Gallery 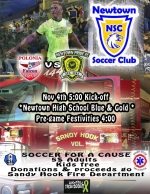